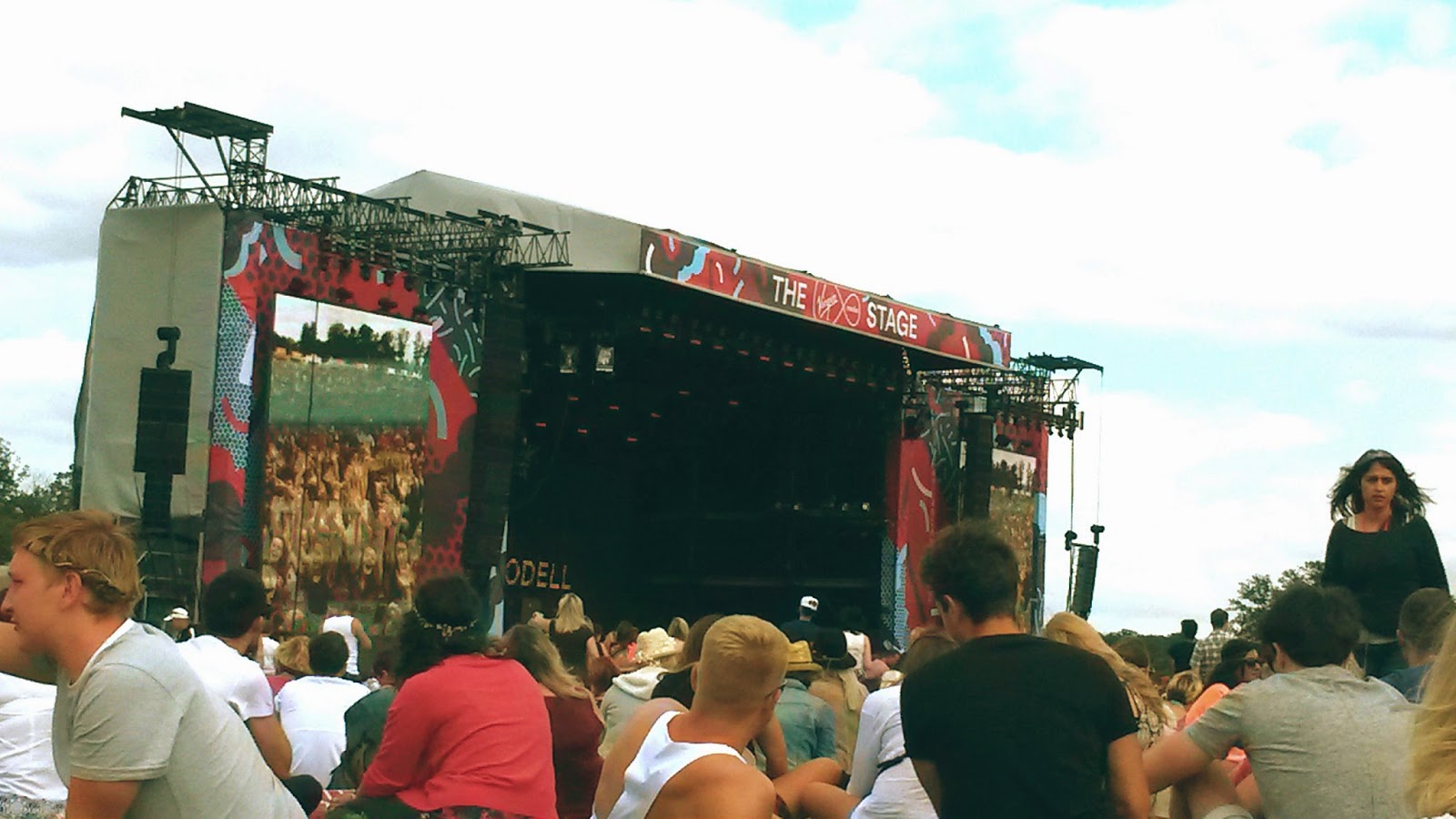 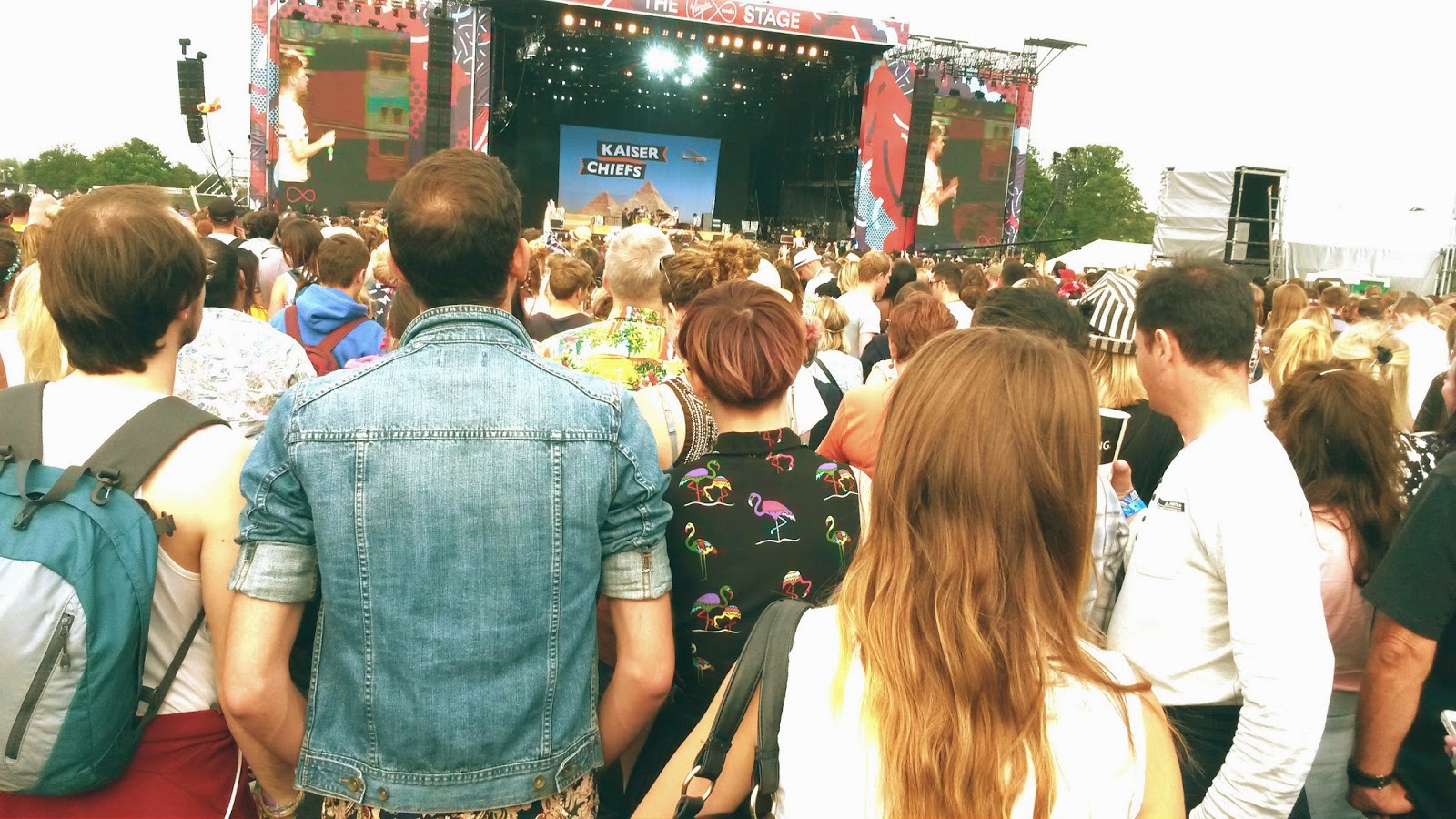 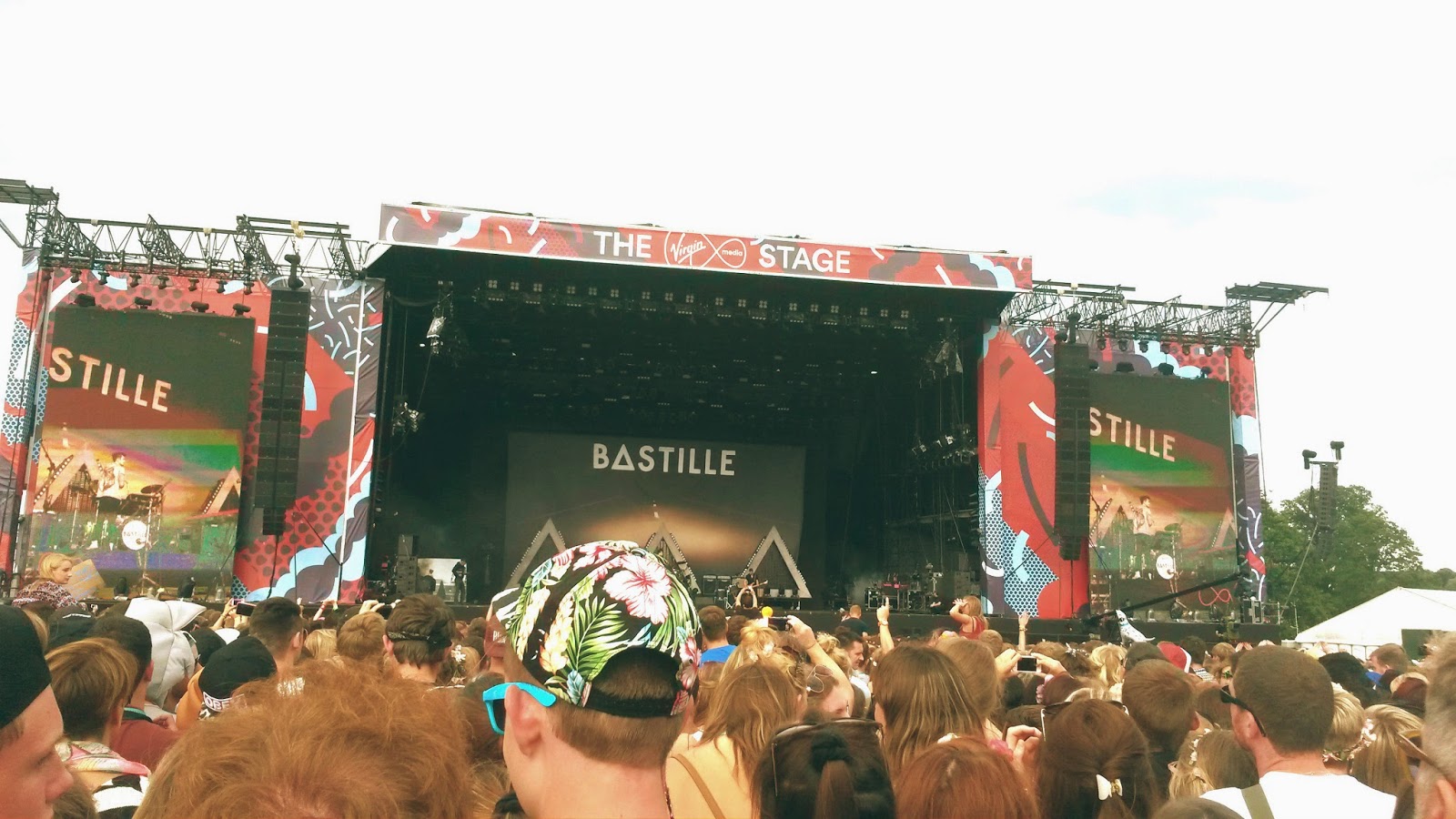 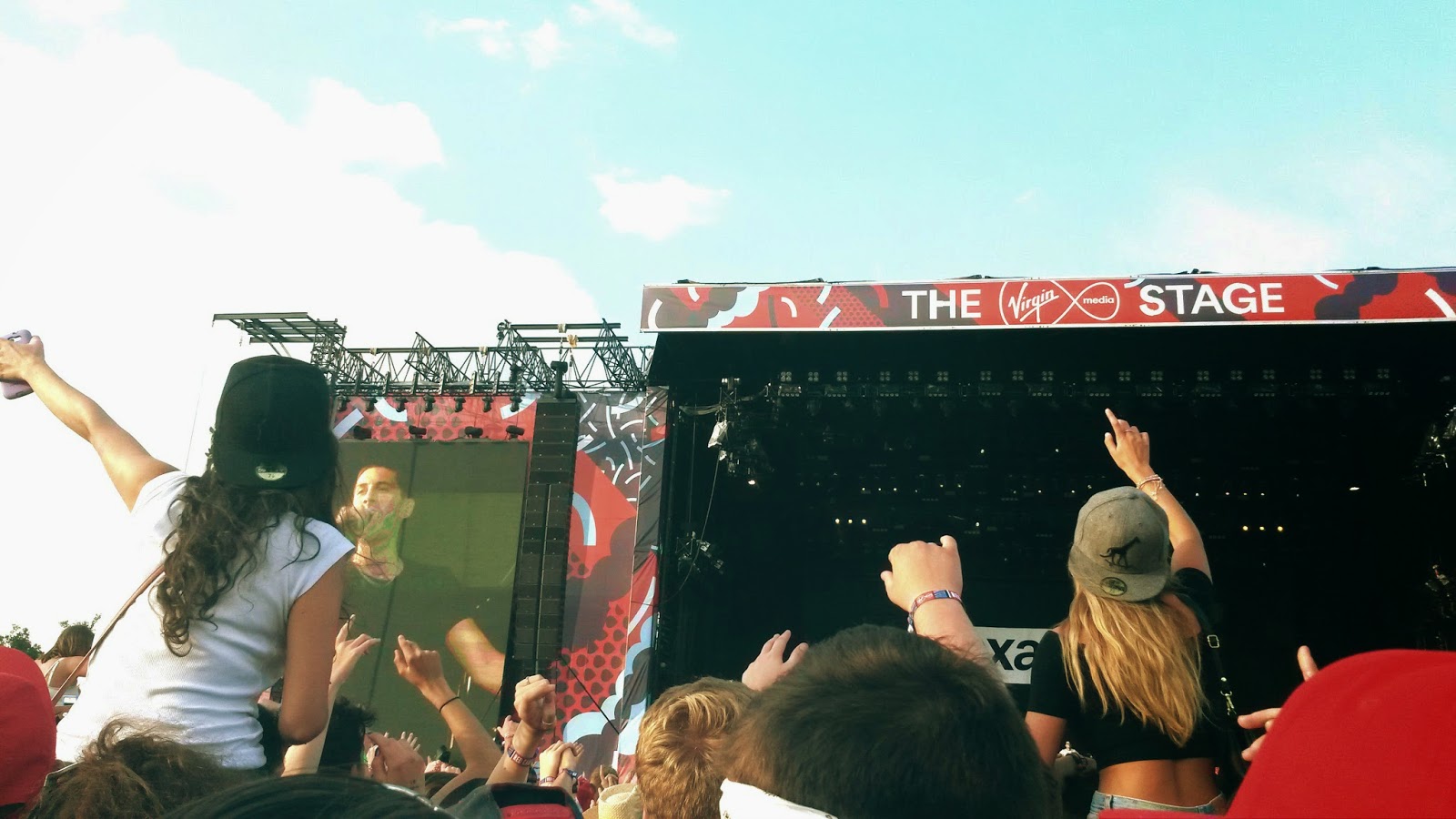 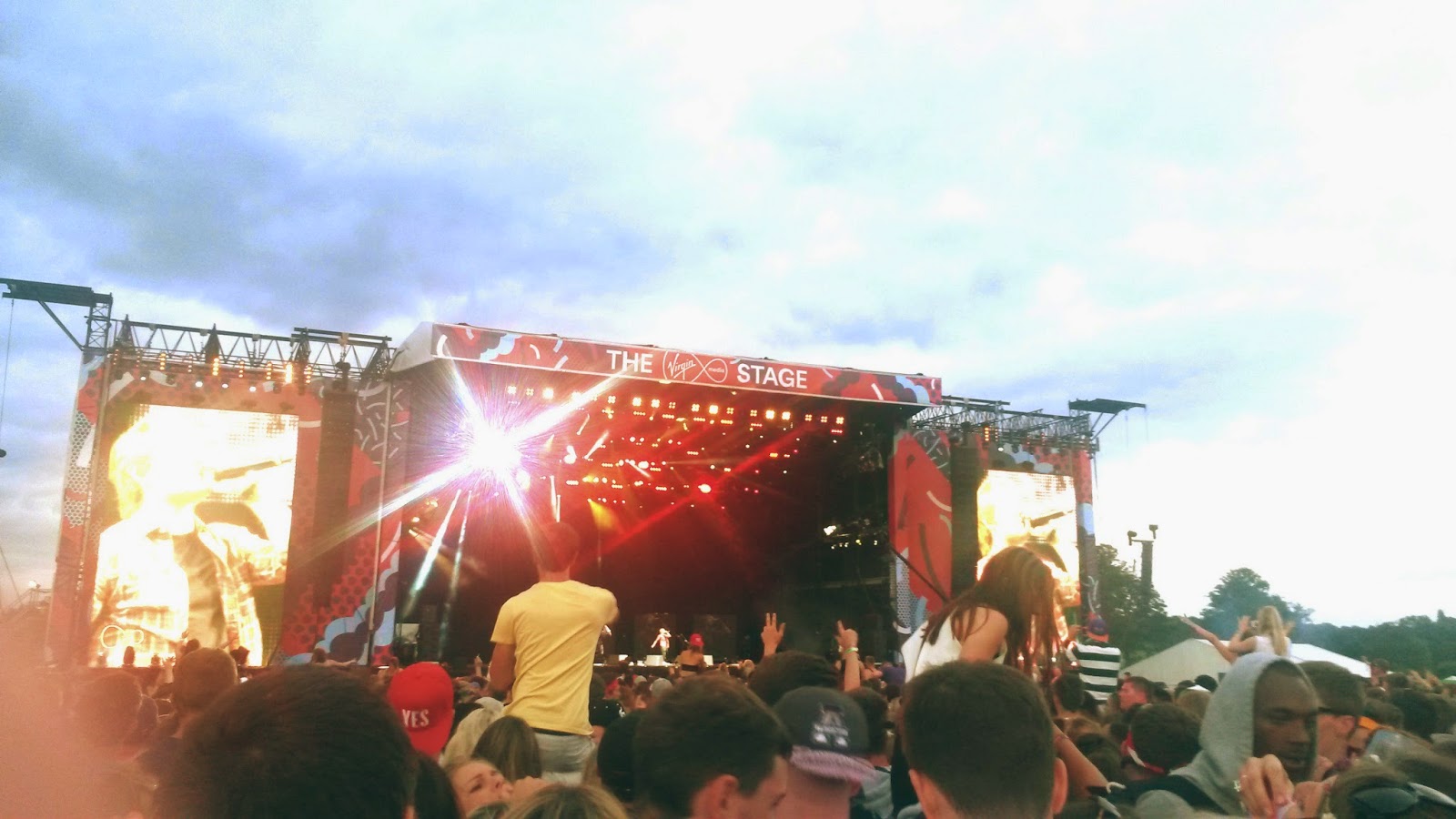 Yesterday myself and two of my mates headed down to V Festival in Hylands Park for the day. We had an amazing time and saw some great acts! Vfest is the third festival I've been to this year, and yesterday was the second time I've been to V itself (the first time I went I met Louis Tomlinson, wink wink!). I've always felt as though there is a different vibe at V to other festivals I've been to. Everyone's really up for a dance and getting in the crowd, whereas at other festivals it's more chilled and relaxed.

Luckily for us, all the acts we wanted to see were on the main stage so we didn't have to shuffle from stage to stage all day. When we got there Tom Odell was playing so we sat on the grass and got our bearings whilst listening to Tom rocking on his piano and drinking from a pineapple, ha! The Kaiser Chiefs were up next and Ricky did his signature run-all-the-way-across-the-stage move. After them Bastille were up and I've got to say I was a bit disappointed. I've never really been the biggest Bastille fan and in-between songs it was a bit dead on stage and the crowd seemed to tune out. Example was amazing as always as he's such a classic festival act! Ed Sheeran is someone I've never seen live before and I thought he was brilliant! Everything from his stage setting to his voice was on point. Although, I have to admit that while he was playing I was more bothered about eating the noodles I had just bought than anything else! The night finished with Justin Timberlake and he was just what I hoped he would be! I've seen him once before at Wireless festival last year and I was a bit disappointed back then as he played all his then-new songs like "Mirrors" that no one had heard of yet, so it was a bit awkward. However this year he did a great mix of old and new songs and there was never a true lull in the crowd's energy. 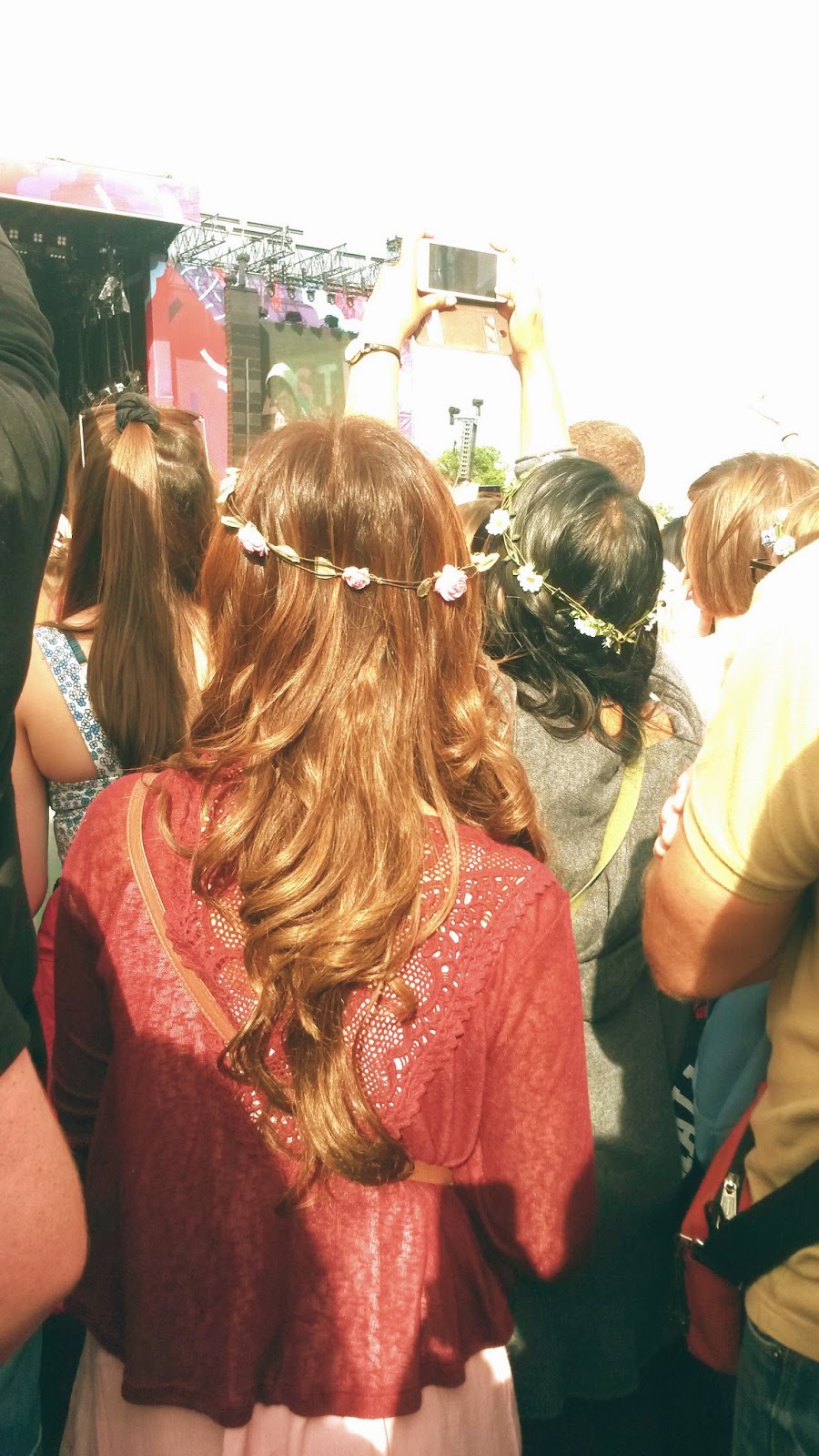 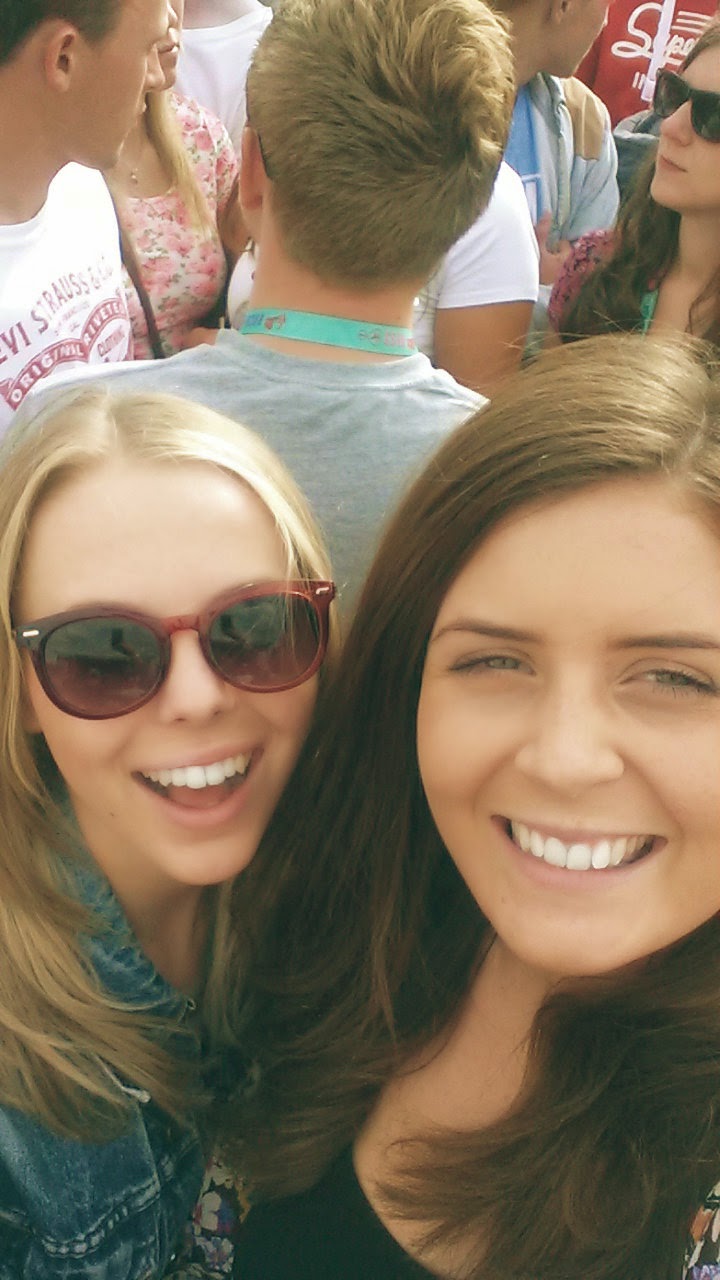 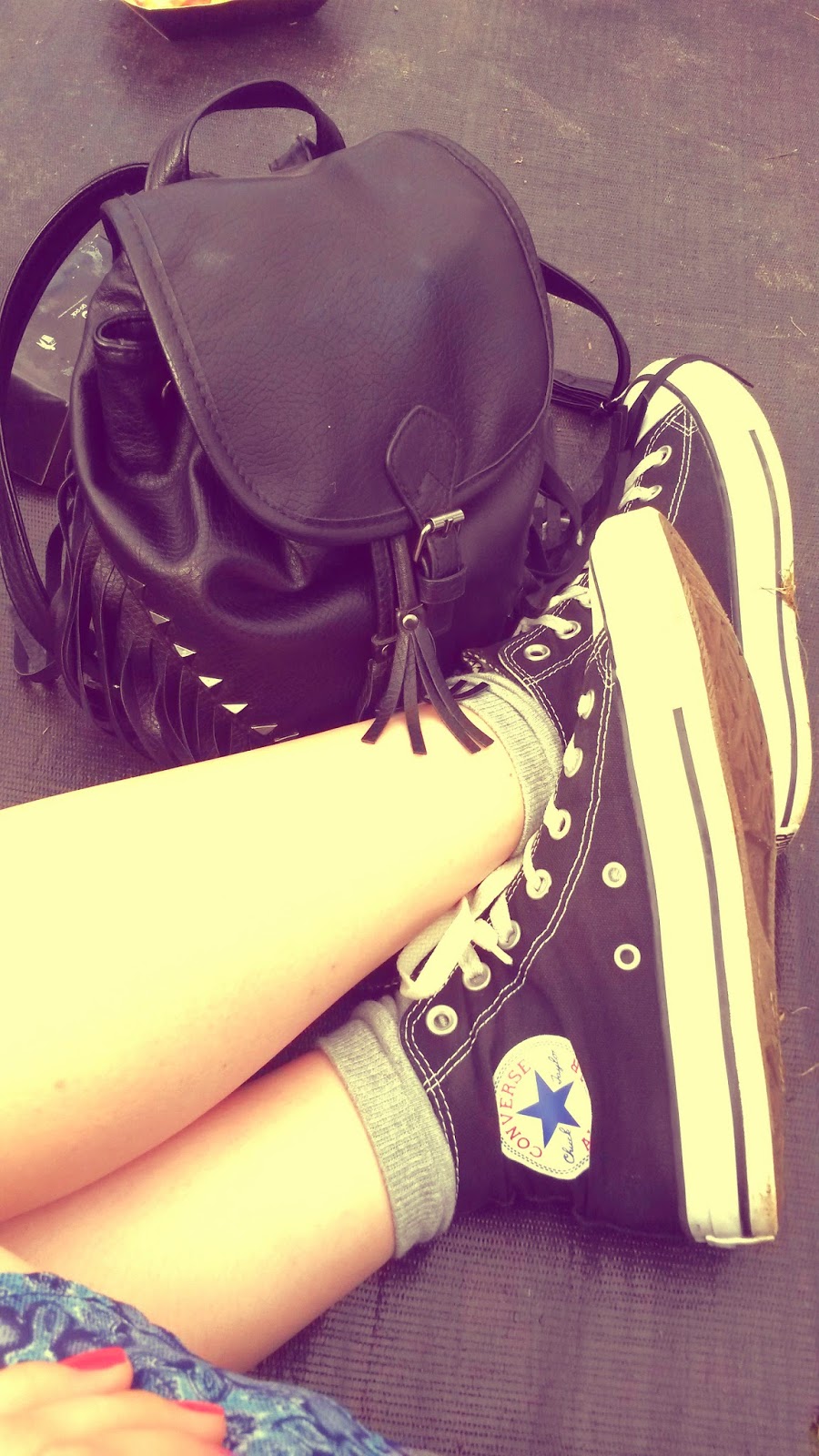 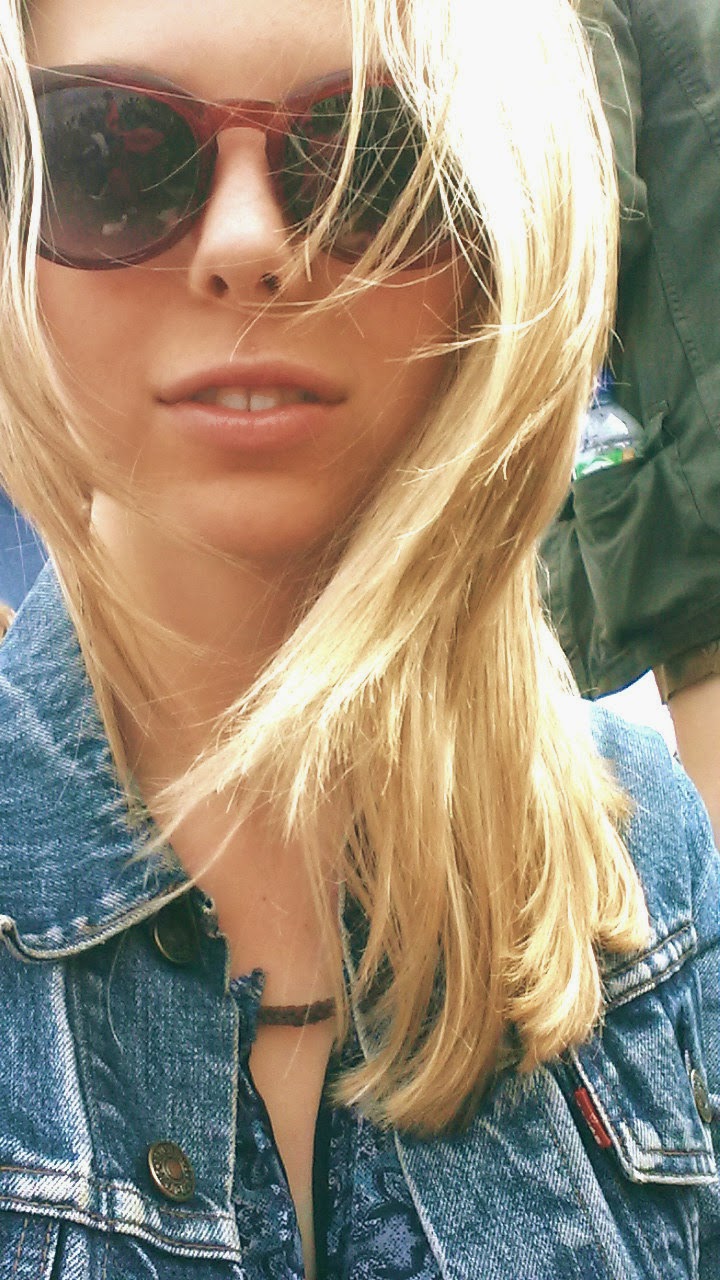 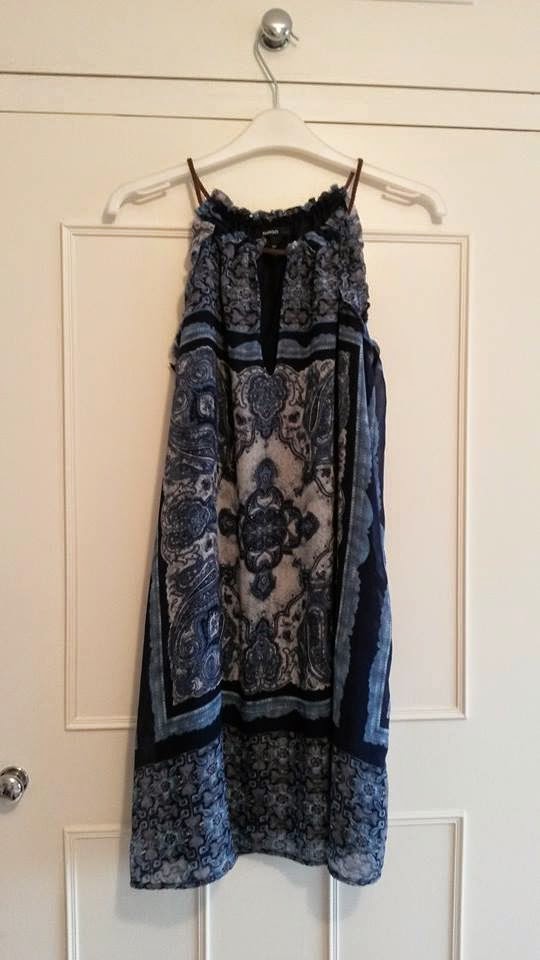 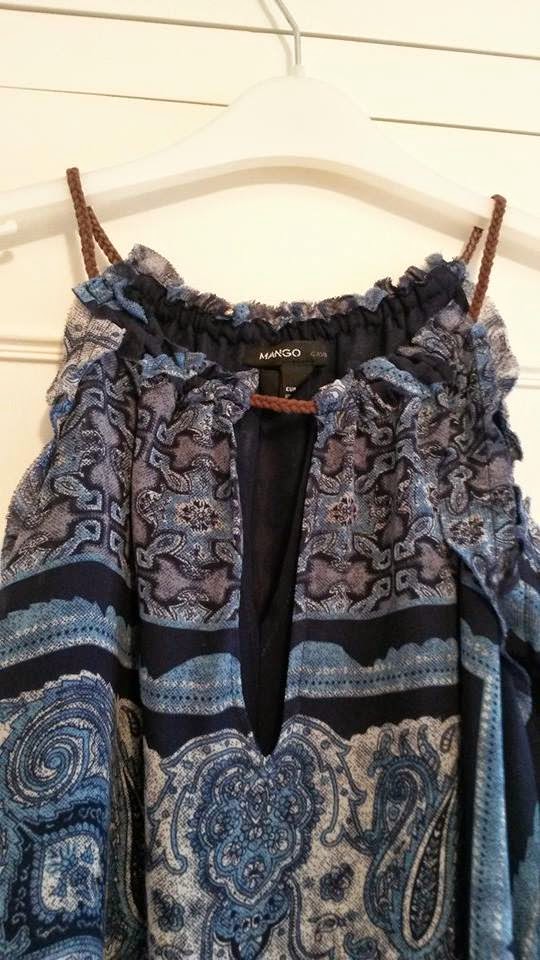 I wish I was able to take a proper outfit photo, however I was too far in the crowd all day to get a good shot! All I did with my hair was add volume with straighteners. I opted not to go for any of the ideas I tried out here as I didn't feel as though any of them went with the outfit I chose.

This year in music


Have you been to any festivals this year? Planning to go next year? Leave a comment below and let me know!

Hiya! Welcome to my blog. I'm Alice, 20, and I'm a Menswear Buyer's Assistant for ASOS, London.